Fear, and Loathing in Las Vegas Step of Terror 歌詞

Fear, and Loathing in Las Vegas 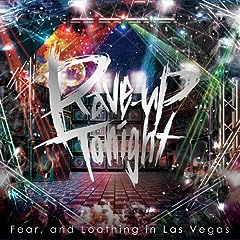 A man has sailed over board for his mission
To save those in need
To spread his teachings
But got arrested for his act
Evangelism has been condemned
Before his execution he yelled,
“I never meant things to be like this”

Democracy, did we have the choice?
If so, then why does nothing change?
Dictation for instance, was he smart enough?
To hold all of the power,
To have total control?

Darwin's theory
Since when did we human race stop evolving?
Apes and Men when was the last time humans took a step
What's left for us is to recess?

Every thing they bladder out
What's so right about what they say and what they order?
Every actions what makes it so hard for them to share and get along

We have to realize that if this goes too far, we are over
If not now, when will we?
When will we really notice the worst case scenario
will soon about to occur

Error
Decades and centuries
We've failed bad deeds just way too many “Scaffold in red”
Our countless mistakes will be paid back
By who?
why not try to guess who?
You know it, don't you?
Better hurry before things get too late
It's now or never
Now's the only time
この歌詞をマイ歌ネットに登録 >
このアーティストをマイ歌ネットに登録 >

Fear, and Loathing in Las Vegasの人気歌詞ランキング

Fear, and Loathing in Las Vegasの新着歌詞